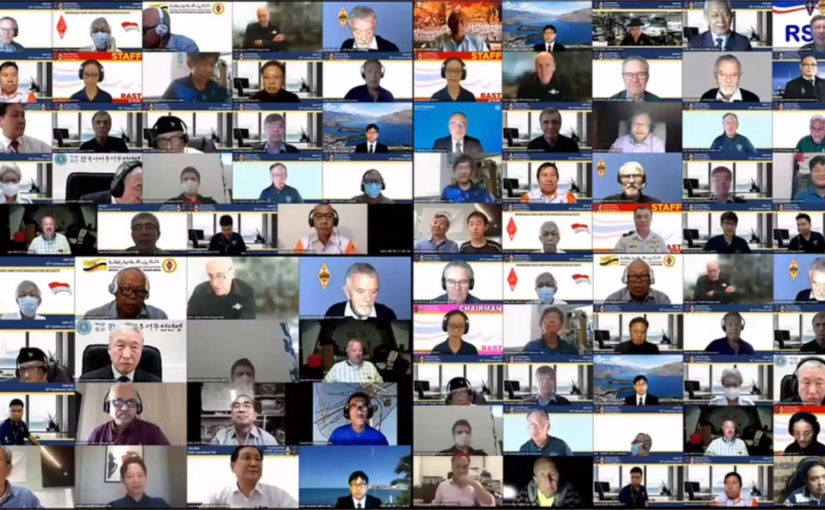 OCDX promotes HF contacts to and from stations in the Oceania region  as well as contacts between stations inside Oceania. DX transmitting entrants contact as many Oceania stations as possible.

Prefixes are multipliers, entries on individual bands are supported. Contest exchanges are signal reports plus a serial number, starting at 001. The deadline for submitting logs is 31 October 2021.

Current rules can be downloaded from here.

A special QSL card will be available upon request. QSL details at W6TI on QRZ.com.

Since October 10, 1946 the Northern California DX Club has been dedicated to the finest ideals of good DXing, raising the standards of Amateur Radio practice and ethics and interactively sharing knowledge and information to enhance and benefit the Amateur Radio Community.

NCDXC has co-hosted the International DX Convention for over 70 years.

Unfortunately, the last packet received was at 23:48, before the connection was lost.

Join the fun hunting for the APRS signals after launch. The balloon is estimated to be in the air for a few hours. Signals are likely to be received in the region: Singapore, Johor, and Riau. For the past few months, a team of Singapore hams have worked on a project to launch a weather balloon carrying amateur radio. The flight system consists of a 600g weather balloon filled with Helium (industrial grade) and the payload is assembled from a LightAPRS tracker. Approval of flight involved “no objection” from CAAS, RSAF and IMDA, and Saturday’s flight requires release clearance from RSAF duty controller. For launch, two teams will be deployed in the western side of Singapore. The launch team will attend to the lift off while the remote monitoring team will receive and iGate the APRS signals.

The project team is busy preparing for the launch and may not have time to answer questions that you may have. A presentation will share various aspects of the project at the next SARTS meeting. Come this Saturday, share in comments when you receive 9V1UP-11, stating your QTH and telemetry.

SARTS will participate with a IARU Member Society HQ Station under the call sign 9V1HQ. We hope to see a good participation.

If you want to renew/apply for SARTS membership from overseas and you don’t have an SGD bank account, please use the information below.

Transferring of SGD only from overseas:

Transferring of USD from overseas:

Same as above plus:

Intermediary/Correspondent Bank Information for USD only

Stephan, 9V1LH, is working on the hard- and software of our UHF repeater. He presented the status during our April 2020 SARTS online meeting. See his presentation slides below.